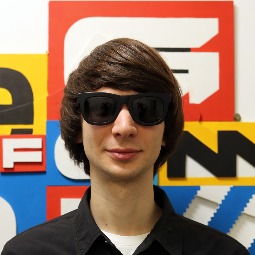 Dmitry Aske
One of the most famous Russian street wave artists, graffiti and street art researcher 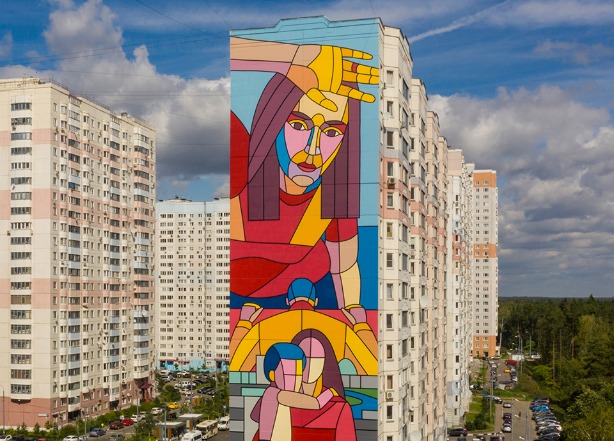 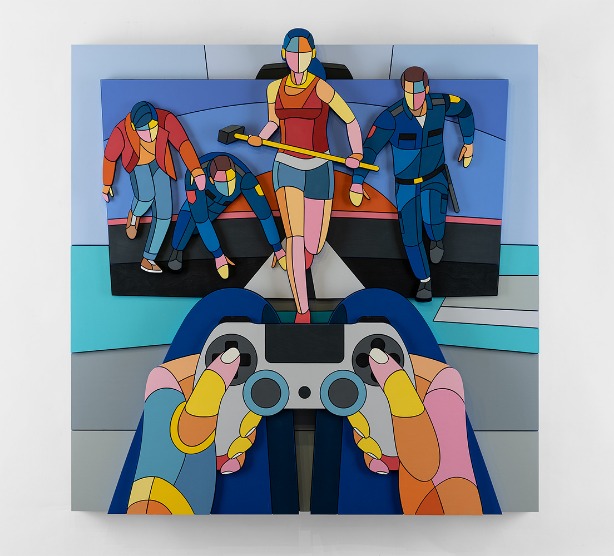 Dmitry began his career in 2000 with painting on the walls, and since 2005 he has been participating in group exhibitions in Russia and abroad. Within the framework of international projects, the artist collaborated with such brands as: Nike, Reebok, Swatch and others.

In 2016, Aske took fourth place in the InArt study ranking by the amount of auction sales among young Russian artists, and his artworks can be seen in the collections of Vladimir Ovcharenko, Marianna Sardarova and the Ruarts, Popov Foundation, Anton and Victoria Borisevich, Sergei Minaev, Denis Khimilyayne and others.

Over the past decade, Dmitry has been creating monumental murals, sculptures and multi-layered paintings using his own technique of plywood mosaic relief. For example, an enormous wooden panel by the artist is located in the lobby of the Leningradsky railway station in Moscow, in 2020 and 2021, his large-scale sculptures could be seen in the Zaryadye park and opposite GUM (one of the most famous department stores in Russia), which is located almost on Red Square.  There are Aske's murals in Moscow, Nizhny Novgorod, Tula, Vladivostok and other cities.

Likewise, in addition to artistic activities, Dmitry edited a print and online publication about graffiti and street art for ten years, and he is also the author of many lectures on these phenomena. Within the framework of two Artmossphere biennials, he performed as one of the invited curators and he was the author of the documentary exhibition Street Art in Russia: from the 1980s to the present day.